How To Make A Fitted Carseat Cover

For some reason all the tutorials I could find online were for more of a carseat canopy.  Since that's not practical for an Ohio winter, I decided to wing it.  I must say it didn't turn out too bad.  Since every carseat is different I'm not giving measurements though.  What I did was lay my fabric face down and place the carseat face down on top of that. 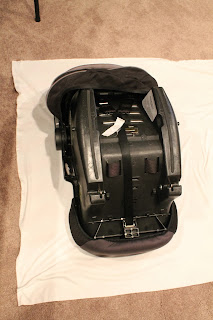 From there I cut my fabric making sure I had enough to reach where I wanted the elastic to sit.  I then flipped the carseat right side up and busted out the pins.  I started with the top and bottom, then sides and curves.  In my opinion the more you pin the easier this will be. 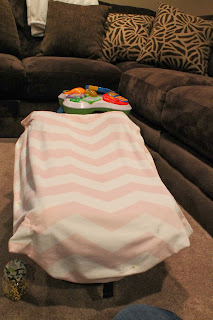 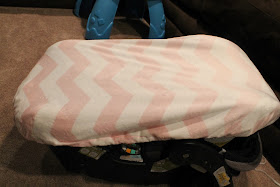 Now for the window.  I eyeballed it then placed my pins.  Then I measured them and adjusted as needed.  After measuring a few times to be sure, I made my cut. 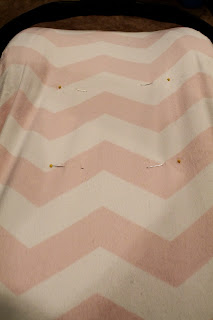 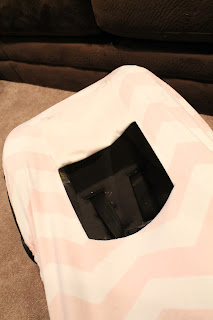 I wanted the window to look nice when open so I chose a matching pink minky that I sewed on the other side of the flap. 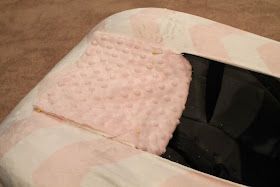 I am doing velcro closures, but buttons are another fancier option.  For the velcro I'm doing one at the center of the flap when open.  And two at the bottom for when closed.  The finished product! 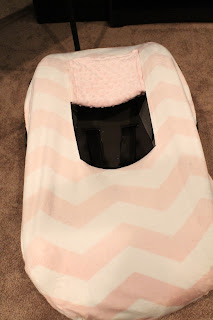